The ARRL Board of Directors has adopted the following statement of the Core Purpose of the ARRL:

To promote and advance the art, science and enjoyment of Amateur Radio.


ARRL not only reflects the commitment and enthusiasm of American hams, but also provides leadership as the voice of Amateur Radio in the USA, whether in dealings with the Federal Communications Commission, the World Administrative Radio Conference, the International Amateur Radio Union, or with the general public. The ARRL is the primary source of information about what is going on in the ham radio world. It provides books, news, support and information for individuals and clubs, special operating events, all sorts of continuing education classes and other benefits for its members. Being a member of the ARRL is important for hams! The ARRL is devoted entirely to Amateur Radio.

The seed for Amateur Radio was planted in the 1890s, when Guglielmo Marconi began his experiments in wireless telegraphy. Soon he was joined by dozens, then hundreds, of others who were enthusiastic about sending and receiving messages through the air–some with a commercial interest, but others solely out of a love for this new communications medium. The United States government began licensing Amateur Radio operators in 1912.

By 1914, there were thousands of Amateur Radio operators–hams–in the United States. Hiram Percy Maxim, a leading Hartford, Connecticut, inventor and industrialist saw the need for an organization to band together this fledgling group of radio experimenters. In May 1914 he founded the American Radio Relay League (ARRL) to meet that need.

At ARRL headquarters in the Hartford suburb of Newington, CT, a staff of 120 helps serve the needs of members. ARRL is also International Secretariat for the International Amateur Radio Union, which is made up of similar societies in 150 countries around the world.

ARRL publishes the monthly journal QST, as well as newsletters and many publications covering all aspects of Amateur Radio. Its headquarters station, W1AW, transmits bulletins of interest to radio amateurs and Morse code practice sessions. The ARRL also coordinates an extensive field organization, which includes volunteers who provide technical information for radio amateurs and public-service activities. In addition, ARRL represents US amateurs with the Federal Communications Commission and other government agencies in the US and abroad.

Membership in ARRL means much more than receiving QST each month. In addition to the services already described, ARRL offers membership services on a personal level, such as the ARRL Volunteer Examiner Coordinator Program and a QSL bureau.

Full ARRL membership (available only to licensed radio amateurs) gives you a voice in how the affairs of the organization are governed. ARRL policy is set by a Board of Directors (one from each of 15 Divisions). Each year, one-third of the ARRL Board of Directors stands for election by the full members they represent. The day-to-day operation of ARRL HQ is managed by an Executive Vice President.

No matter what aspect of Amateur Radio attracts you, ARRL membership is relevant and important. There would be no Amateur Radio as we know it today were it not for the ARRL.

This feature — including convenient Web links to useful information — is a concise monthly update of some of the things ARRL is doing on behalf of its members. This installment covers the month of January.

The ARRL Board of Directors held its 2011 Annual Meeting January 21-22 in Windsor, Connecticut, where, among other things, it bestowed awards upon deserving amateurs and those promoting Amateur Radio.

Two new Amateur Radio bills were introduced in Congress: HR 81 in the House and S 191 in the Senate.

The ARRL filed a Petition for Partial Reconsideration with the FCC regarding the new upcoming rules regarding vanity and club call signs.

The IEEE EMC Society Standards Development Committee — of which ARRL Lab Manager and BPL guru Ed Hare, W1RFI, is a member — voted to withdraw as a cosponsor of the IEEE’s new BPL standard.

ARRL Chief Technology Officer Brennan Price, N4QX, is working with the National Telecommunications and Information Administration to formulate a strategy for a possible secondary amateur MF allocation at WRC-12.

The ARRL Audio News is again available on iTunes.

ARRL’s Logbook of The World now accepts QSOs for ARRL operating awards that are based on Maidenhead grid squares, such as VUCC and the Fred Fish Memorial Award.

The ARRL is looking for a new Youth Editor.

The ARRL Official Observer desk handled queries regarding beacons on the lower HF bands and narrow band repeaters. It also received reports about an unidentified pulse-type signal on 75 meters and simplex users on 145.85 MHz who were interfering with an AO-27 satellite pass.

A vessel carrying ARISSat-1 launched into space and later docked with the International Space Station.

The ARRL announced it will be offering a newsletter — The ARRL Legislative Update — that focuses on the ARRL’s legislative and advocacy efforts at the national level.

The schedule for the 2011 ARRL Teachers Institute on Wireless Technology workshops has been announced.

The March issue of QST and the March/April issues of NCJ and QEX were released to the printer.

The winner of the QST Cover Plaque Award for January 2011 is Jim Koehler, VE5FP, for his article “Reflow Soldering for the Radio Amateur.” 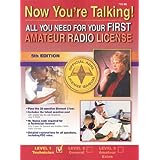 Now You’re Talking! All You Need to Get Your First Amateur Radio License, Fifth Edition (Paperback)
By R. Dean Straw 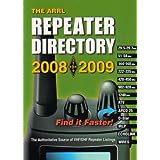 Customer tags: ham radio(4), arrl(4), amateur radio(4), ham radio license, directories, repeaters, american radio relay league
Did you like this? If so, please bookmark it, about it, and subscribe to the blog RSS feed. 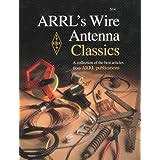 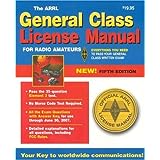 Customer tags: ham radio(8), amateur radio(5), radio(4), arrl(3), fcc(2), reference, ham radio license exam
Did you like this? If so, please bookmark it, about it, and subscribe to the blog RSS feed. 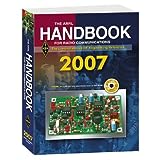